“The concept behind Solo Expanded is intrinsically connected to the history of contemporary art in Vienna, a city with an outstanding cultural heritage, home to the Vienna Secession,among many other amazing institutions, and birthplace of Viennese Actionism.

For this edition of Solo Expanded, emerging and established international contemporary artists represented by renowned galleries will present new projects or existing works, adapted to the fair’s venue – the Marx Halle, a newly renovated 19th century building, considered to be the historical center of Vienna’s new industrial area, Neu Marx.

The projects in Solo Expanded have been divided into two categories – one group of projects has a closer dialogue with the origins of Viennese Actionism but is much more open in terms of how the work is defined, whereas the other group looks at projects that are more concerned with the language of form, rethinking art’s interdependence with design and architecture. It is important to mention that there are risks associated with any attempt of categorization, yet we also believe that the act of categorizing makes it easier to convey certain abstract concepts which otherwise might be lost. That is why we have developed a curatorial premise that interplays with the history of contemporary art in Vienna, by selecting two different aesthetic and historical trends that complement each other – actionism and formalism.

The projects presented in the first group have a strong foundation in performance and action, which characterizes the movement as “not only a form of art, but above all an existential attitude.”1 Action and activation, defined as the artist’s gesture, the piece of art, and the audience’s response to or activation of the work, is compulsory for the work of art to have significance. Some of the works in this section require audience participation to come to life. Even so, while some of the artists in this group might look back at historical artistic movements, such as 1960s Viennese Actionism, and derive inspiration to address contemporary social and political conflicts through their own work in a similar fashion, others have opted for a more delicate and subtle language that allows them to convey a particular historical, political, and social commentary.

From the mid-nineteenth century on, photography became a proper method for documenting everyday life and, of course, events that could later become historical. To document through a lens and later to print the result on a surface, was indeed a sign of activation. In addition, traveling to the location of an event and being present during the incident, inevitably transformed the photographers into active specialists. The work of Graz-based artist Seiichi Furuya (JP/AT) captures the conditions of East Germany during the 1980s, by recording the political and social situation of the time in Berlin. According to critic and curator Maren Lübbke-Tidow, Furuya’s pictures from eastern Germany are “an impressive and extremely rare document of the Berlin Wall photographed from the east of the divided nation and a testimony of life in the ‘DDR.'”2 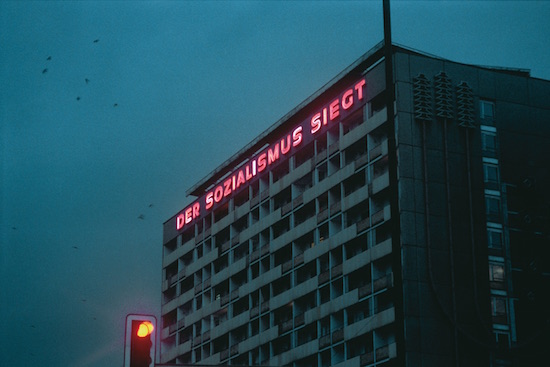 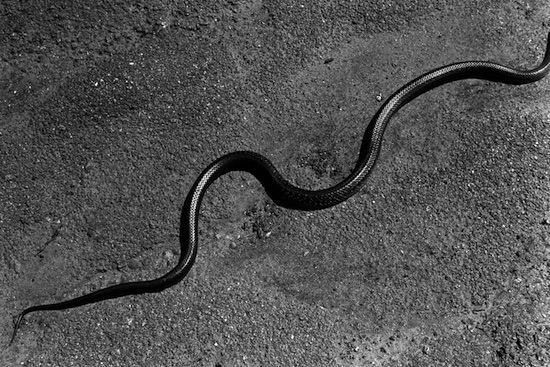 Similarly, artist Teresa Gierzyńska (PL) also became a documentalist of her time. Gierzyńska began photo-documenting the work of her companion, Edward Dwurnik, but later, she expanded her interests and started documenting women and addressing their existential condition. To her, photography was “a means of emotional expression and a space of experiment.”3 From the 1970s on, she began avidly documenting her surroundings, elaborating her own histories, and experimenting with photography as a medium that enabled her to apprehend the images around her. To Gierzyńska, not only did photography itself activate the process of documentation, but the way photographs were installed inside a particular room was also capable of activating viewers’ perception. 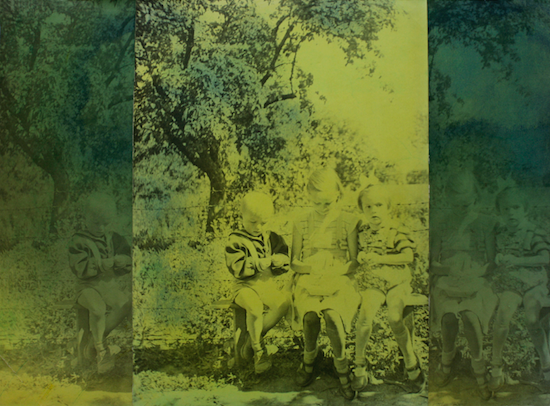 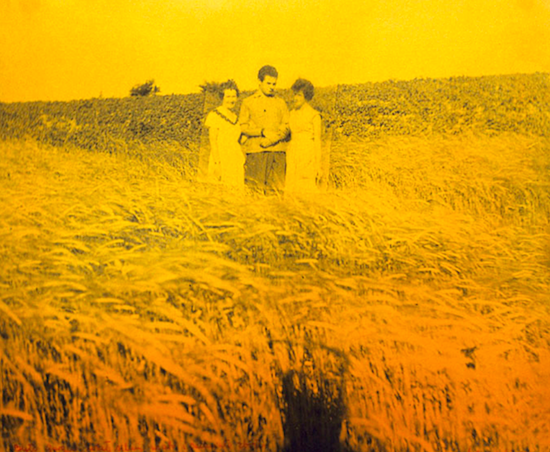 The historical work of artist Andrei Monastyrski (RU) responds to the repression and social discomfort experienced in Soviet Russia during the years of the Cold War. Monastyrski considers his performances “empty actions,” as the action is reduced to its minimal structure and the process matters more than the outcome. Through his public performances, Monastyrski pursues the audience until they become active participants, whose activation dissolves the line that divides the author and performer from the passive audience. Most of his performances are documented through photographs and videos, which are essential to the comprehension of the Collective Actions Group’s performances and motivations.

Artist Franz Erhard Walther (DE) prioritizes the relationship between the object, its surrounding space, and the human body. Walther, whose contribution to the development of an action-oriented concept of art during the 1960s is invaluable, considers the human body to be a crucial element that activates his works of art, which are mostly abstract forms that can be touched, handled, or even stood upon. In this sense, the viewer’s experience of the physical form becomes primary and is a constitutive element for the true realization of the work of art. 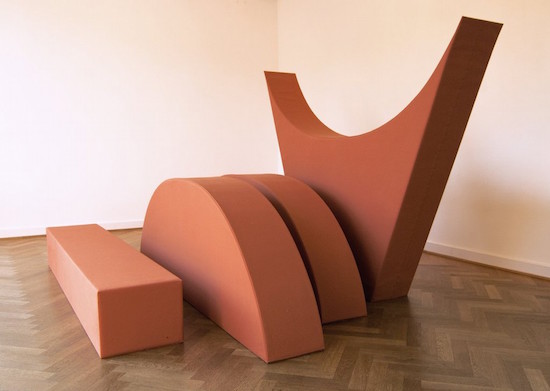 The counterpart group of projects is focused on the language of form and the relationship between objects and their surrounding space. The artists in this group are particularly concerned with abstract formal languages such as geometric abstraction, minimalism, and concrete art, and have developed a language of their own based on the formal aspects of the concrete work. These artists pay special attention to materiality and quality, as well as the process of making the interplay between the object and its surrounding space fundamental to their practice. 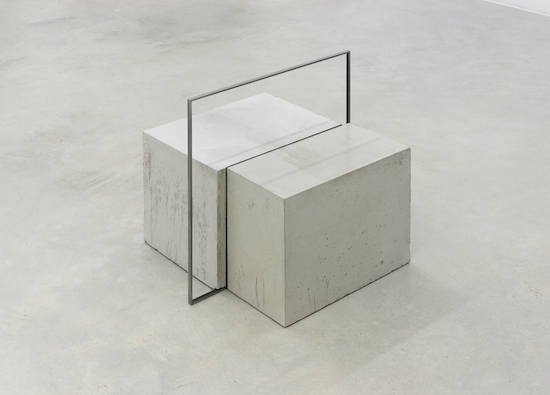 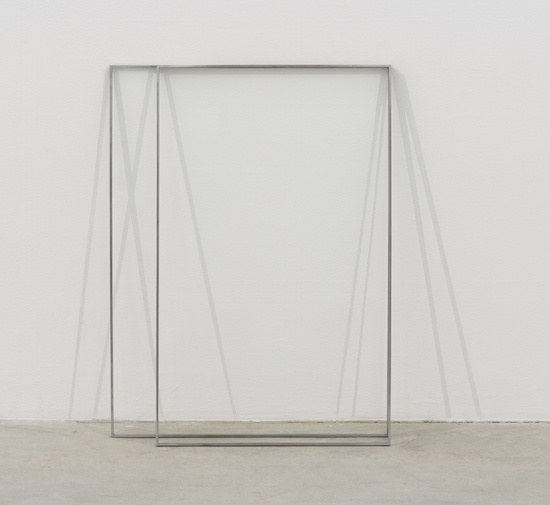 The language of form is naturally understood by many contemporary Brazilian artists, such as Marcius Galan, whose legacy is derived from the concepts of the Neo-Concrete movement. Galan’s work, like Lygia Clark’s and Helio Oiticica’s, presents abstract geometry in its most pure sense. In addition, Galan explores the functionality of the objects he creates within their particular environments.

Renowned Croatian artist Julije Knifer follows the steps of Russian suprematist and constructivist artists, revisiting over and over a form called “the meander” – a simple, yet incredibly elaborate black-and-white maze-like form composed of horizontal and vertical lines. The sculptures of Krystian Jarnuszkiewicz and the drawings of Anna Jarnuszkiewicz, both from Poland, also express the essence of form – Krystian Jarnuszkiewicz was a materials’ enthusiast and, in his most recent works, he tried to reduce gesture to its most minimal, while Anna Jarnuszkiewicz’s formal language presents organic, natural figures as universal geometrical forms. 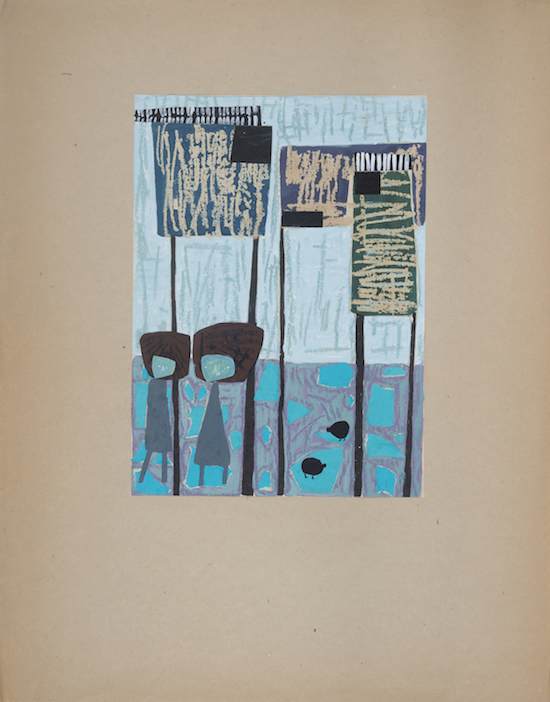 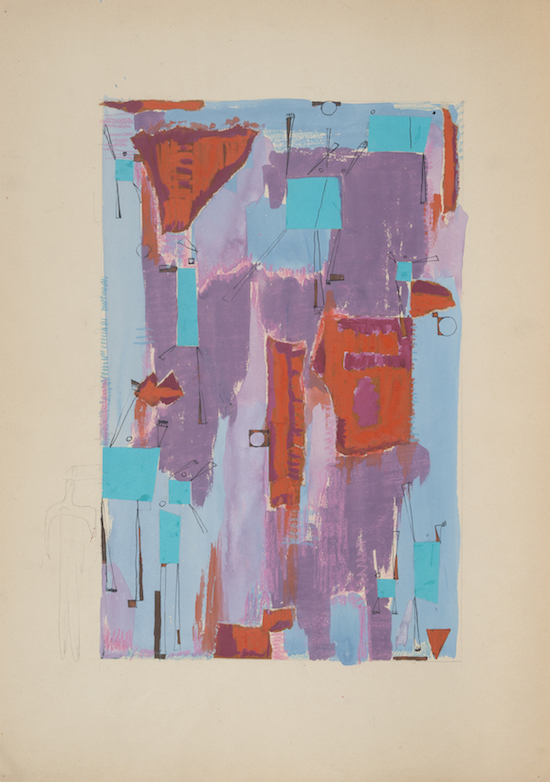 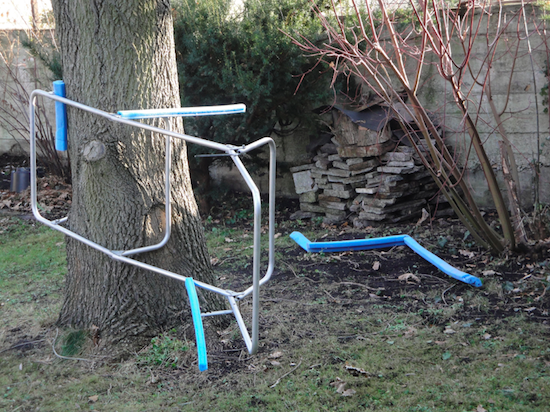 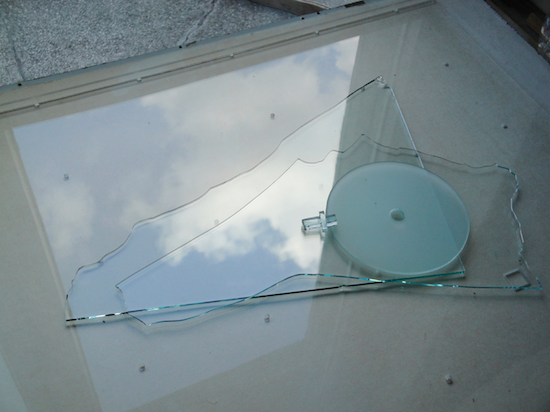 Marlena Kudlicka (PL) follows in the tradition of constructivism by deriving her sculptures from architecture and paying special attention to form and materiality, as well as to process. Kudlicka tends to elaborate certain formulas that help her convey abstract concepts and notions, and works with them to develop a certain matter. In her latest sculptures, she explores the history of “DIN A4” paper and the way such a standardized format has established a relationship between linguistics and the way people behave and move, sometimes almost mechanically. 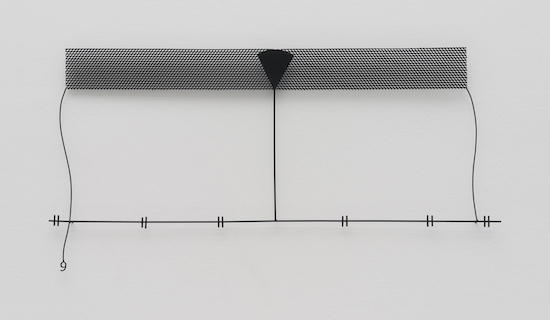 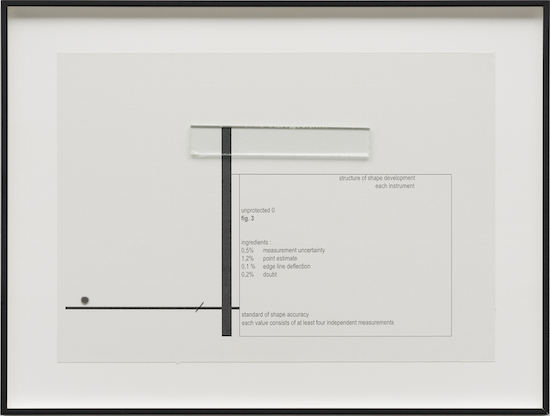 Jimena Mendoza (MEX) focuses her interest on the way humans relate to the space they inhabit and how they build certain bonds with it and the objects it contains. In her metal works, Mendoza recaptures architectural features, such as the fake wall or the fake column, and presents them as such – like broken elements – while creating an interplay between the outside and the inside of the object, its core, and its surrounding space. 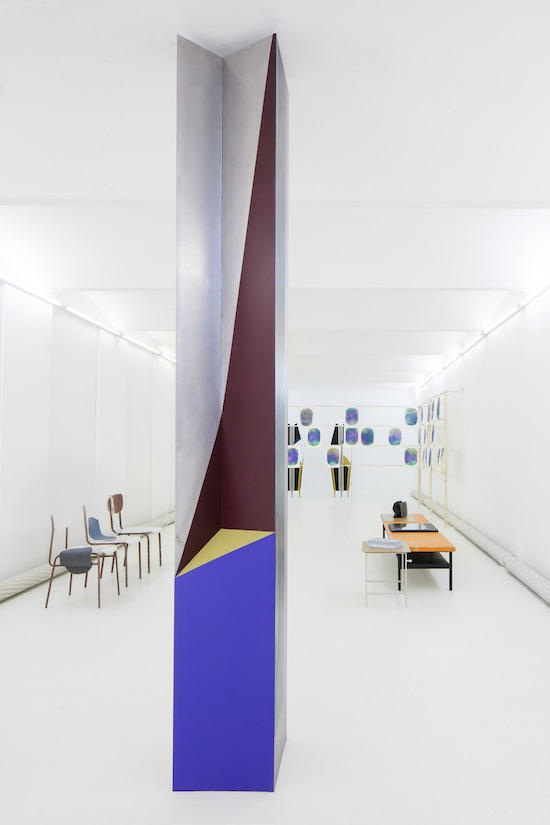 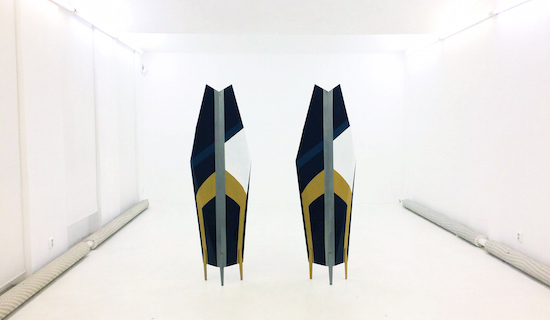 Artist Manfred Pernice (DE) is also concerned with space and how humans apprehend it. Pernice usually marks limits between the inside and the outside, the empty and the full, and highlights the transitoriness and indeterminacy of the materials he uses. In his cassettes series, Pernice uses a sorting system that allows him to select useful material from waste while determining the material’s value. In this particular series, he uses materials such as printed images, newspaper clippings, food wrap, found objects, and plastic bags, all previously categorized as waste, and arranges and presents such elements inside a squared frame covered with glass. 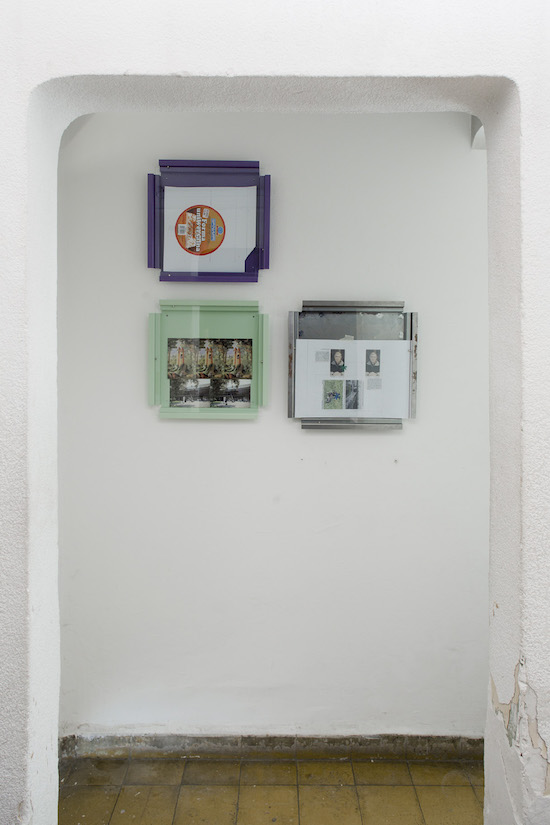 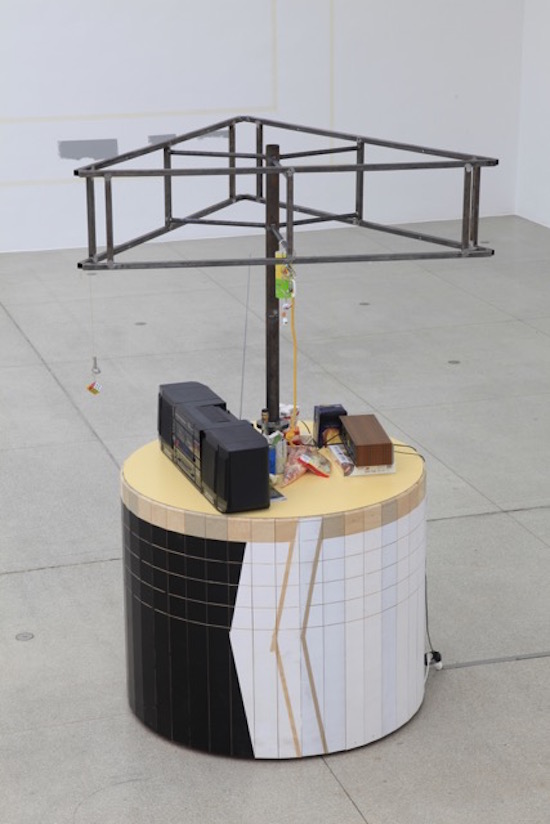 Heimo Zobernig (AT) plays with architectural space when installing his canvases and sculptures in a certain place, and evidences the relationship constructed in between. For instance, placing a bronze within a white cube could be a gesture that intends to reveal several interactions going on between the sculpture and the space that contains it. To Zobernig, who determines beforehand the purpose of a material, a form, or a certain atmosphere, the effect of the surrounding space on a bronze, and vice-versa, is crucial to the apprehension of that particular piece. 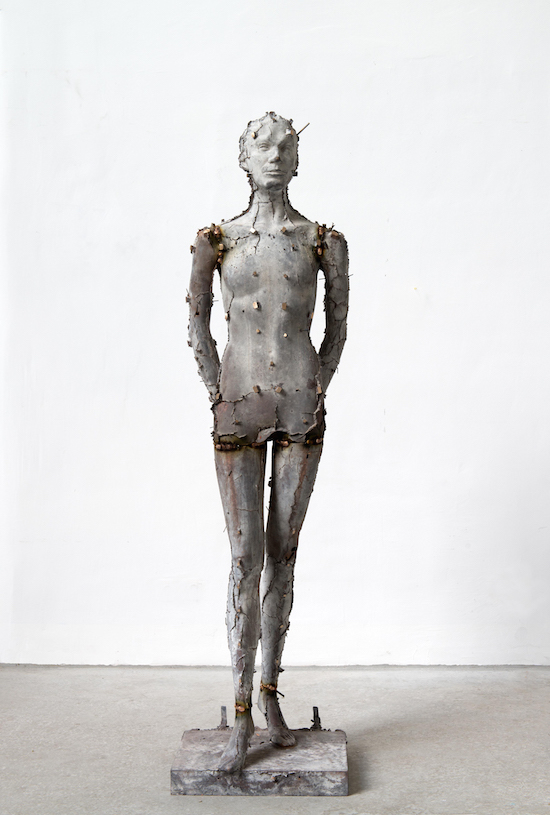 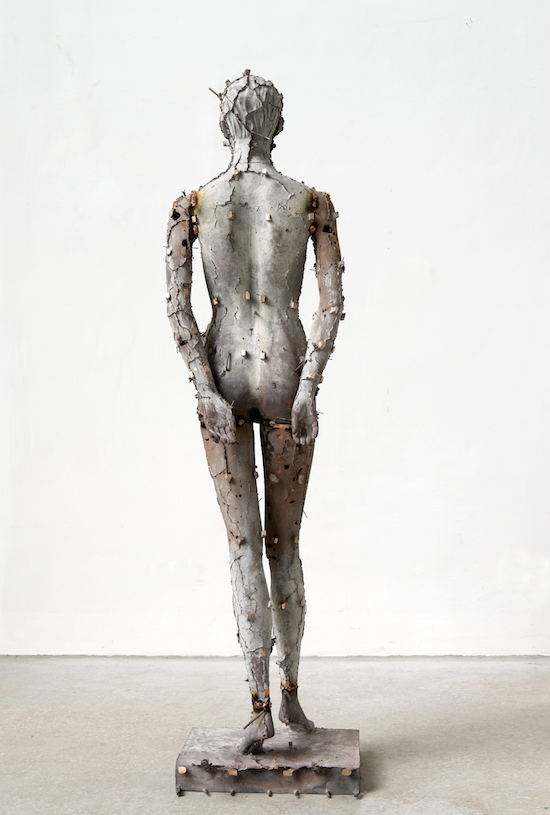 Curated by Abaseh Mirvali, Solo Expanded is a new section of viennacontemporary showcasing solo- and dual-artist exhibitions that focus on contemporary languages, from current classics to new and recent productions. Projects may be by two galleries as long as the project is presented as a dialogue or collaboration between two artists. The concept behind Solo Expanded is intrinsically connected to the history of contemporary art in Vienna, a city with an outstanding cultural heritage, home to the Vienna Secession, among many other amazing institutions, and birthplace of Viennese Actionism.